The Skinny On Shinny

Time for a 7 Second Delay? 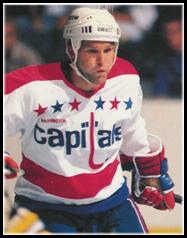 A few weeks ago, Comcast color guy Craig Laughlin was heard to describe a Panther’s goal as “shitty.” No so says Laughlin – “shinny” was what he said.

And just today, during the Pens’ practice ahead of the Winter Classic, NHL Network commentator EJ Hradek was talking with his colleagues about the possible rain in the forecast on game day.

He more of less said, “Enough of that shitty umbrella talk.”

We run a family blog here and are always mindful of the audience, but if a League sanctioned announcer drops an S Bomb here and there, we feel we have license for being potty-mouthed too.  Fair is fair.

Proudly serving gay hockey fans and players since 2010
View all posts by Craig →
This entry was posted in Uncategorized, Washington Capitals and tagged Craig Laughlin, Did he just say what I think he said?, Shinny. Bookmark the permalink.