Power(Play) Failure: “I have concerns.”  If Tim Gunn were Caps coach, that’s what we’d be hearing in the locker room.

We got our MoJo working, but...

We imagine Coach B’s language was considerably saucier – and why not?  What happened to the Caps powerplays in Sunrise last night?  Same thing that seems to be happening in too many games now.

Let’s sunset what happened in Sunrise and pull it together tonight in Tampa, eh?

Penal System: While we’re here, let’s re-vist the other lesson last night taught us: stop with the penalties already, guys!  To overstate the obvious – You’re killing your chances  – literally, at least on the board.  We totally get that Coach is fidgeting with the lines, swapping this for that and seeing what works best.  (BTW: if you’re a numbers nerd, Neil Greenberg at the Post’s Caps Insider has a spreadsheet – really? – looking at which lines are working best.)  But geez, two 2-man advantage powerplays for the Panthers?  Oh and surprise: they scored on Neuvy both times.

Coach Sweary: Sorry to sound PMS-y today, but another irksome habit has been the Caps first period performance: 0-3?  Sure they battled back – again and again – but why dig yourself into a hole in the first place?  We’re not sure what Coach Boudreau is saying during the breaks…oh, wait.  Yes we are.  Still, we’re a little concerned about his blood pressure.  And ours.  Free advice: Coach, start yelling before the first period.  And boys?  Stop giving him reason to yell.

Who’s Got The MoJo? OK, enough of the whining.  We’re darn proud of our second Swedish meatball, Marcus Johannson, and his performance last night.  He and team-dad Knuble (would he be a DILF?) did us proud.

We hope they keep it up, and maybe inspire some of the other guys (*coughBackstromcough*) to step it up.  I mean: you want your pics in the blog here, right? 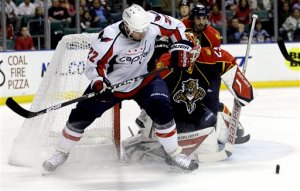 And no, you’re not wondering but I’ll tell you anyway: my original family name was Johannsson when we came over from Sweden ourselves.  So, you know, Marcus I think we should have a family retreat sometime.

Bash the Bolts, part 2:  We’ve already taken a scouting report look at Tampa’s lineup…as only we can. 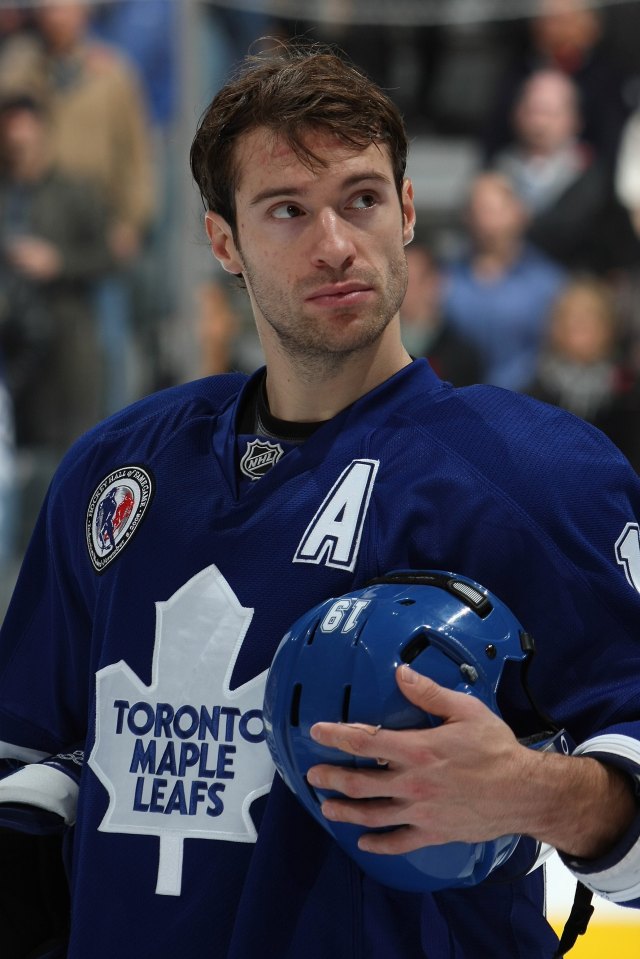 But as always there’s a little more gold to be mined…and we frankly don’t mind Dominic Moore in the least.  The 30-year-old, seen here from his days with the Leafs, has several things going for him…which is probably stating the obvious, again.  But there’s this, too: the Bolts are 5-1-0 in games where he scores.

So Dominic: we’d welcome your scoring just about anyplace but on the ice tonight.