Edmonton Gets a Dose of Capital Punishment

The roller coaster;
Up we go, higher, higher
I can see Philly. 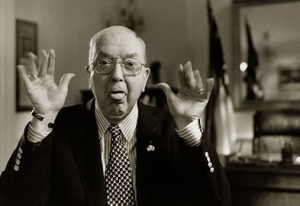 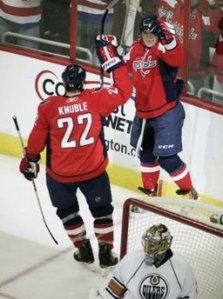 You know, growing up in the 80’s, there were few teams more feared than Edmonton.  Well, just about any team from Canada, actually.  From ’84 to ’90, the Cup went either to Glen Sather’s Oilers, or someone else from up there.  We had Rambo.  They had hockey.

Now it seems both have aged pretty poorly.  But at least Sly’s sags aren’t as humiliating as the Oilers 2nd & 3rd period total collapse last night at Verizon.  Uff da! 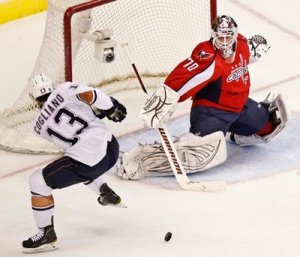 What to say?  Braden “Hotby” Holtby continues to dazzle in the net – did you see how easy he made that stop look on Cogliano’s shortie shot?  Jason “Are Too” Arnott swings in and gets the assist on Ovechkin’s PP goal – our first in just about how long, but just the first of two that night?  And btw: just how smart does acquiring Arnott, Wideman and Sturm look now? (Sorry, Stecks.) 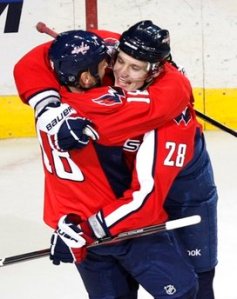 A PP that works.  Great net-minding.  Hot defense and a re-heated offense.  Faking Khabibulin out of his cup.  And a final goal by #TigerSemin as a capper.  It wasn’t so long ago that people were calling Boudreau a bumbler, a fumbler, and a stumbler.  We probably coulda got good odds wagering Coach’s days were numbered. 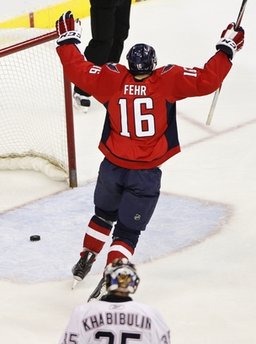 Yeah yeah, one game doesn’t a season heal.  But since the trades, let’s just look at what’s been happening.  Six wins in a row.  Two PP goals in one game.  Fehr clearly back in the game to get ‘er done.  Ovie and Semin finding the twine reliably.  Holtby’s first NHL shutout in just his 8th game, Arnott’s 900th (!) career point and Ovie’s 600th+, and the Caps now in 2nd in the Eastern Conference.