A Ranger Among Friends

We were honoring the official 30 day mourning period that was called for by President Obama following the Caps’ implosion in Tampa Bay last Sunday evening.  We flew our Caps flag at half-staff, covered the mirrors inside the home, wore black arm bands and were making our ways through Elizabeth Kubler-Ross’ stages of grief – we were stuck at stage 6: fist-shaking rage and bitter, seething resentment. But we were making progress.

We take the mourning period seriously and that meant no blogging. We did make exceptions for the Kentucky Derby but that’s like saying we’re not going to observe Purim. Then along came Sean Avery. 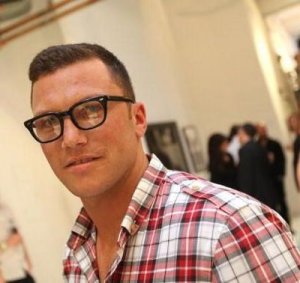 We spent a couple days trying to get some thoughts together on his announcement supporting the same-sex marriage initiative in New York State, but there was little that we could add to the initial round of positive press he’s already received.

We struggled to articulate a contrarian view if only for the simple reason that we hate him – he’s a dick, and we let it pass.

Even casual readers know that Mr. Avery is no stranger to these pages. Despite his previous pro-gay pronouncements, we still took our shots at him, granted, some of them cheap.  He was an easy target and we made sport of his restaurants, his fashion (non)sense, the models he’s banged and of course his antics on the ice.  But the more we ruminated over his latest news, the more defanged we felt. 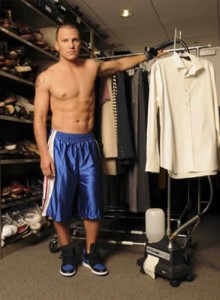 It’s not easy for us to say this, but attaboy Sean. We’ll check our tribal loyalty to the hometown team at the door, and give credit where credit is due.

Although this was an easy step for Avery to make; a no-sweat lay up and a natural progression for him considering his past supportive statements, Fashion Avenue buddies and of course, the two cities that he’s made his home in, Sodom and Gomorrah. Still, role models on issues like this can come in all shapes and sizes and there’s no rule that says insufferable pricks like Avery can’t have a positive impact.

But the Avery news alone wasn’t reason enough for us to head back to the keyboard. Then along came Uptown Hockey. Over the course of a few hours yesterday afternoon, they drilled a puck into a social-political hornets nest and caused quite a stir on the Internets and twitters.  They later tried to calm the swarm with an obtuse clarification then another reclarification. To review:

Very sad to read Sean Avery’s misguided support of same-gender “marriage”. Legal or not, it will always be wrong.

To clarify. This is not hatred or bigotry towards gays. It is not intolerance in any way shape or form. I believe we are all equal…

But I believe in the sanctity of marriage between one man and one woman. This is my personal viewpoint. I Do [sic] not hate anyone. 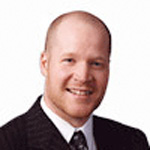 The tweets belonged to Uptown VP, Todd Reynolds (son of company founder, Don Reynolds), and we’ll take him at his word that he doesn’t hate anyone.

We’ll also give Reynolds and Uptown wide latitude to tweet anything they please, and have whatever views they wish – we’re First Amendment fundementalists, even if the Canadians aren’t.  The Reynolds may have hinted at their social conservatism all along – their website stating they represent players and their families ‘the right way.’ Right way or wrong way, the Reynolds are probably stinging a bit from those online hornets. 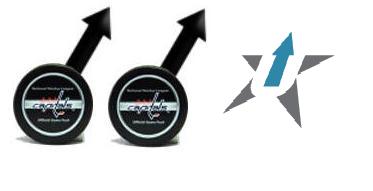 We could take some cheap shots at Uptown and question how wading into such choppy political waters serves their clients, but we won’t.  We could also point out that a certain element of their corporate logo bears a striking similarity to that of a gay fanboy hockey blog, but we won’t.

But it was yesterday’s brief burst of vitriol aimed at them that speaks every bit as clearly as Avery’s statements – the rank and file of this sport, player and fan alike, could be far more progressive and forward thinking than most had previously thought. Uptown learned that the hard way.  The Reynolds have since gone on record re-reclarifying with language that smacks of ‘hate the sin, love the sinner,’ and we’ll leave it at that, agreeing to disagree, despite what we consider to be their archaic and backwards views.

If we can give Sean Avery a pass for his past obnoxious behavior, we can do the same with Don and Todd Reynolds. Sean has earned it however, but we seriously doubt we’ll see the Reynolds marching in the Toronto gay pride parade, or making any serious or significant amends for that matter, just more re-reclarifications perhaps. Whatevs, haters (or non-haters) gonna hate, but we won’t. And for that matter, we’re not even all that inclined to sign the Uptown spanking petition that’s going around. 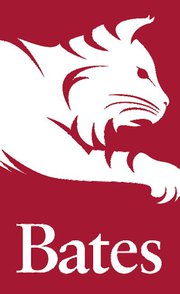 We’ve known Peter since junior high school and later went through thick and thin with him on the gridiron, and like a true Baron Brother, he stepped up big and got his athletic director and the entire college on board to host Hudson this week for a discussion on “Respect for all Individuals.”  Later on Thursday, Bates will be the first university to organize a campus-wide signing of the Ally pledge:

I pledge to lead my athletic community to respect and welcome all persons, regardless of their perceived or actual sexual orientation, gender identity or gender expression. Beginning right now, I will do my part to promote the best of athletics by making all players feel respected on and off the field.

Don and Todd – you guys can sign the pledge too. It’s got nothing to do with marriage, just commitment, dedication and integrity. And Sean, you can be the first NHL player to sign on.  We’ll drop you a line later this week to discuss.  Now that we’re pals, of course.

12 Responses to A Ranger Among Friends