The recruiting for the PuckBuddys 2.0 stringers continues, and one of the first to answer the call to write about their home team was Andrew, and we’re pleased to introduce him today. A Canucks fan too (but that spot was filled), Andrew was given the choice between writing for the Leafs or Sens. He chose the more storied team and we can’t blame him. He goes by @manbearpiglpu on twitter and will certainly liven up your timeline. 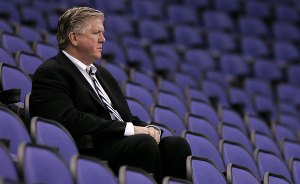 Andrew also stepped up huge for us last week when he shipped us a couple cases of the Ovi Mr. Big bars. We can only imagine what that customs officer was thinking. Those candy bars made us pretty popular at training camp, the Alumni Game and during Capscon, so we owe him a solid (with a delicious nougat center). We’re happy to have him join the family. We’re especially thrilled to have the Leafs covered because that’s the home of our fave hockey dad.  -Craig

“A big hello from Leafsland! Yes, I am your intrepid Maple Leafs reporter: the forever stuck in Limbo fan who, while having had a falling out with the Leafs a few years back, will forever be inextricably linked to the franchise (whose year it always is…for 44 of them now).

It’s an interesting feeling being a Leafs fan. As an opener, I feel I should shed some light on the fans of the Leafs, as we have a bit of a reputation. A bad reputation. There are four main types, actually:

1. The Diehard
This is the guy or gal who, regardless of anything that happens, thinks it’s the best thing ever (Yes! Giguere will solve all our problems!). They paint their face, adorn themselves in the blue and white…Both of which are an entirely foreign concept to myself. Who paints their face? Especially when it makes you look partially frostbitten.

I’d probably not being writing this if our team colours incorporated purple and sparkle paint, but that’s the hand we’ve been dealt. Back on point, these are the people who wait hours to see them and wait year after year for that break. If the Leafs make the playoffs, that’s cue to book time off work. And if the Leafs ever won the cup…. As Toronto is known for around the league, we have some of the most blindly loyal fans. Ever.  (NOTE: We are also as equally HATED by other teams and fans. This brings us much pride.)

2. The Waffler (pun DEFINITELY intended)
This is the fan that will one day throw waffles on the ice but starts waving the flag during a winning streak and when the points look favourable to playoffs. The fickle fan, if you will. When they win, it’s the best thing ever. 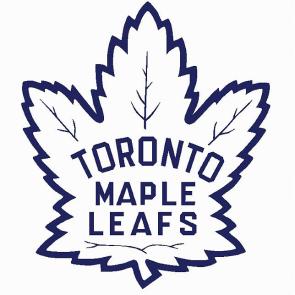 When they lose, they are thrown under the bus faster than you can say 1967. This even affects our local newsmedia.

Sportscasters from all around the GTA (Greater Toronto Area) will sing praises after a big win but point the finger at Ron Wilson the next loss and shout from the rooftops for his long overdue firing.

This particular group makes up a growing contingent of the fanbase.

3. The Recluse
This fan will never publically admit to being a fan. He or she will lambast them to the furthest edges of the earth, calling out Leafs Diehards or Wafflers at any provocation. But in their basement, in that tiny corner, is their Saturday shrine with Leafs jersey proudly waiting. Guilty pleasure fans.

4. The Balanced Fan
The fan who will watch the games, cheer but take everything with a grain of salt. They aren’t afraid to call them out when need be, but also heap praise when called for.  They don’t paint their faces (as the Diehard does), but they own a jersey or at least a Leafs travel mug. Most newer fans are of this group.

While this may not seem like BREAKING NEWS to some people, it’s essential to understanding Leafs fans and Leafs hockey itself. The Leafs have underperformed for years, we know this. The fact that getting a ticket to the Leafs game would be akin to discovering the Fountain of Youth ticks everyone off. The fact that most of us STILL can’t understand the Kessel trade. But, even in the darkest moment, we’re there (at least in spirit). 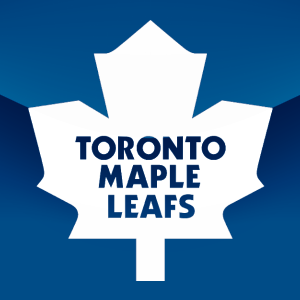 The largest city in Canada could easily be brought to its knees if the Leafs won the cup. Do people remember the people on the street when Canada won men’s hockey Gold at the 2010 Olympics? Well, that was after waiting 9 years.

Imagine after waiting almost 50. I’m quite convinced the city would cease to function for at least a week. And every person would suddenly become the biggest Leaf fan in the world.

The fans of the Maple Leafs are a very interesting bunch to say the least. They span the entire world (not many Minnesota Wild fans in England, I can bet) and speak multiple languages (Hockey Night in Canada is broadcast in English, French and Punjabi). Leafs fans are also generational. You often don’t “pick up” being a Leafs fan. You remember watching the games with your father and mother as children. You remember hearing your grandparents tell stories of Tim Horton and the tragedy surrounding Bill Barilko.

It’s part of being brought up in Ontario. I can vividly remember my first game in Maple Leaf Gardens. Turned out to be the only one I’d ever get to see there (Toronto vs. Phoenix, December 16, 1998. Leafs won 5-2) as the Leafs soon moved to their new home at the Air Canada Centre. The atmosphere was great. I even got to have a sip of my dad’s beer. The seats were extremely uncomfortable, but you didn’t care. You were watching hockey in the cradle of hockey civilization. You were watching your team check, score, fight and, in this case, win. 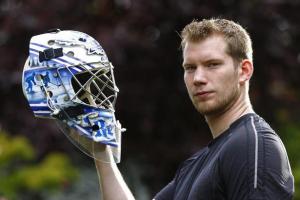 This may not be unique to us in Toronto, but it’s how we are. Hopefully I’ve helped to shed some light on who we are and maybe temper the disdain a bit. Or not. The upcoming season will naturally bring out the worst in us.

So just remember this when I start posting the vitriol come December.

Thankfully James Reimer will help calm me down. I mean, come on. How can you not be all over that? And holding up his mask in the “Alas poor Yorick..” Hamlet pose?! Maybe that’s just my thing, but veiled Shakespearean references and a face like that? Cheque please. (Yes, we spell cheque like that.)”