Contrary to popular belief, it wasn’t Jack Benny who originated this joke: “How do you get to Carnegie Hall?  “Practice, practice, practice.”  No matter who first told it, probably some vaudevillian, the lesson holds true for this, too: “How do you succeed at Madison Square Garden?” But in this case, the answer isn’t a punchline, it’s an imperative. Friday saw us at Kettler again, this time taking a victory lap after Wednesday night’s slaying of the Bete noir et de l’or. The mood was light, the work hard, and it was all hands on deck.

In fact, there were a lot of smiles Friday morning, from the players and the coaching staff. 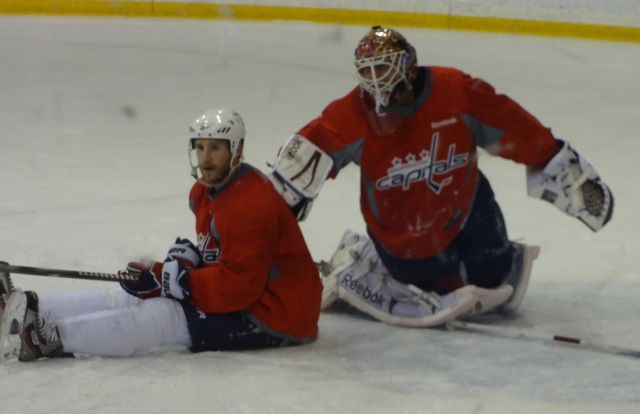 Brooksie wasn’t the only one who took a spill during the drills. Still, more smiles. 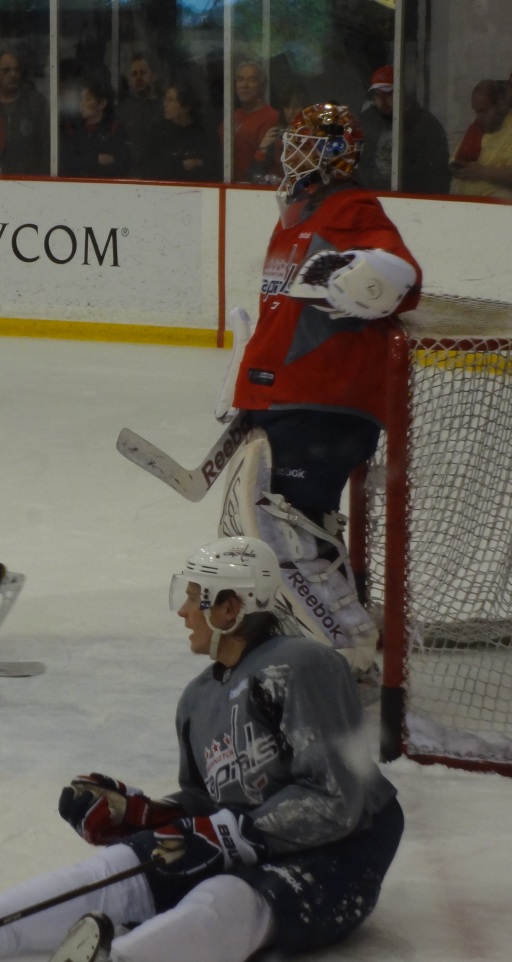 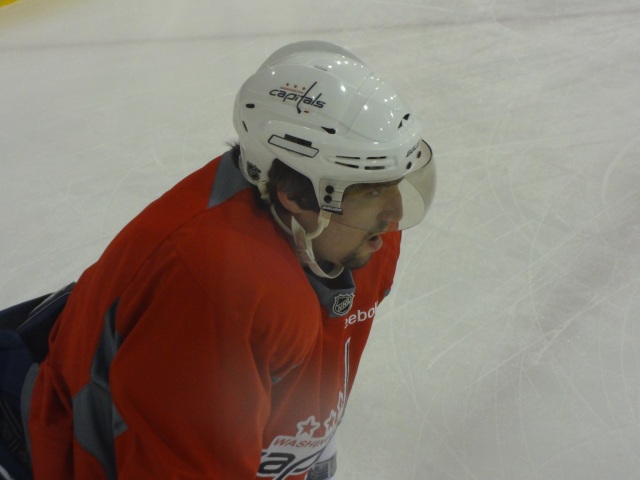 Chimmers and his playoff chin piece: 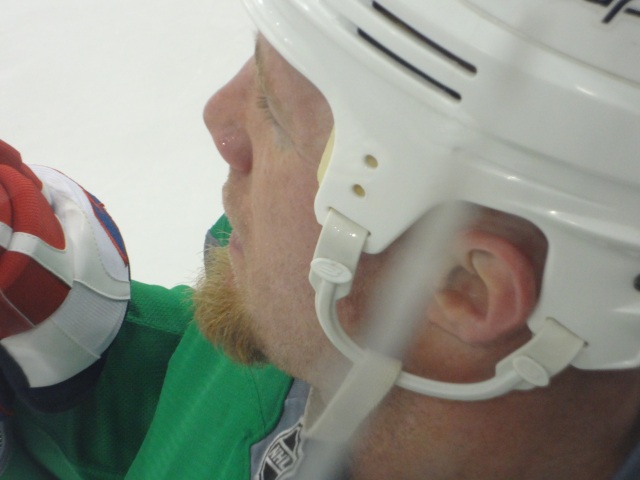 There was nothing optional on Friday except going to work for Caps bloggers: 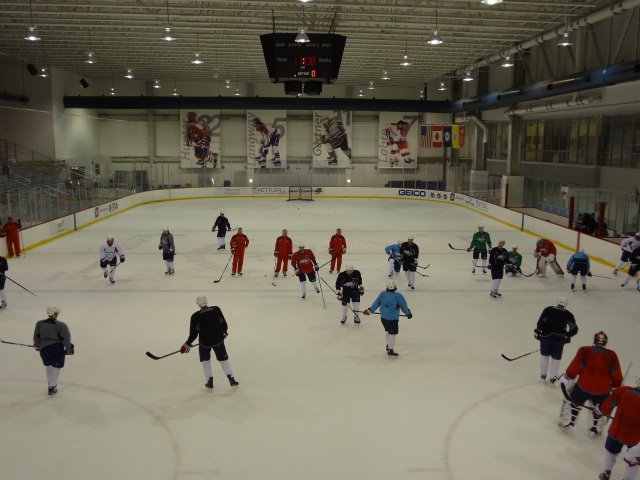 Braden in net during 5v3 drills: 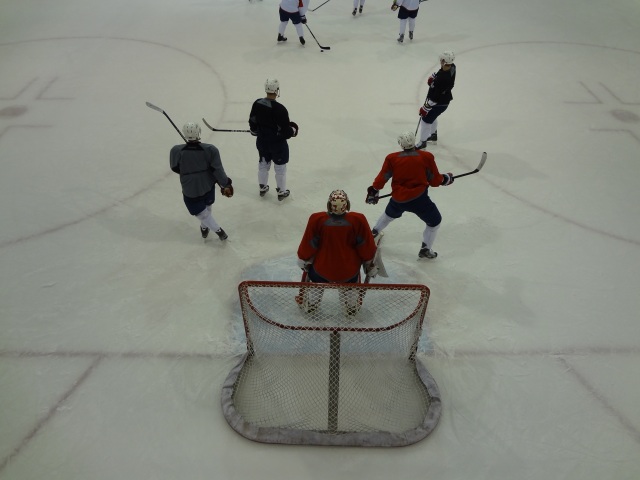 He answers to “Beags”: 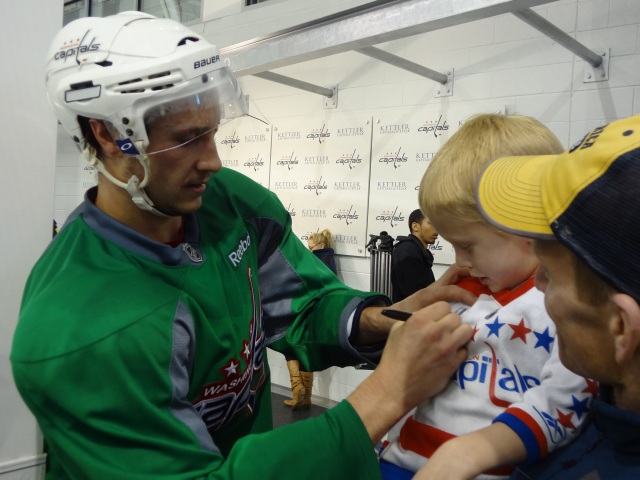 He answers to “Hero”:

A few of the other heroes on hand for Friday’s practice: