Up Where We Belong

Hi everyone, Ryan Lambert here. I’m writing guest posts for Puck Buddys until the Capitals are eliminated from the playoffs, which will be never. Get into it.

And so here we are.

Just a handful of hours from when I write this, the Washington Capitals (yay!) will meet the New York Rangers (booooo!) in Game 7 of the Eastern Conference Semifinals. And isn’t that interesting?

After all, the Caps were, about nine or 10 months ago, widely considered to be the favorite in the Eastern Conference by a pretty considerable margin. They had everything going for them. The team roared out of the gate all right and once again reaffirmed what more or less everyone thought: This was one of the best teams in the East, if not the entire league.

And then the rest of the season happened. It’s hard to pinpoint what, exactly, took place to make the Capitals drop from white-hot to mediocre so quickly, in defiance of expectations. Someone could, and maybe one day even will, write a nice book about it.

Things got so bad they had to fire their Jack Adams-winning coach just to kickstart the team, but bringing in a bully like Dale Hunter didn’t make matters appreciable better. Where Bruce Boudreau’s Caps put together a winning percentage of just .568 (not good enough for a team with these expectations headed in), Hunter’s was actually worse at just .558. And though they snuck into the playoffs, most people had duly adjusted their expectations for this team.

Against the Boston Bruins? The reigning Stanley Cup Champions? Of the WORLD? And with a rookie goalie who barely played in the regular season? The Caps were dead. Deader than that, if it were possible. If they pushed the series to five games they’d be lucky, and would likely do so largely on the largesse of the bemused veteran warriors in Black and Gold. This ignored that the Bruins took a mere three points in four games from the Caps this season. And though Boston won that first game, it was a hard-fought victory. Six games later, they’d lost more than they won, scoring just 15 goals in seven contests, and the Caps were on to the next round.

But beating a team that had played something like 190 games in the last two seasons seemed a little unfair, and made a convenient excuse for the Bruins apologists out there. Certainly, a date with the New York Rangers would straighten out these upstarts, who were playing the boringest hockey imaginable. 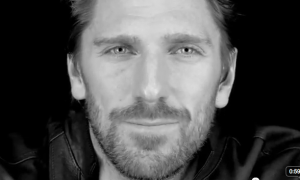 This, also, ignored recent Capitals history. Their record against the Rangers in the regular season was 2-2 but the team regularly pumped dreamy, invincible media darling Henrik Lundqvist, scoring nine goals in three games. Only the Maple Leafs — really?! — had a better goals-per-game average against the probable future Vezina winner (poor Jon Quick). And hey, while we’re forgetting clear, demonstrable facts, let’s also ignore that the Caps picked apart the Rangers last season in the opening round, winning in five games and probably making Lundqvist cry rivers of tears from his glacier-blue eyes I MEAN WAIT…

Which brings us to today. It’s Game 7. The Caps have answered what have been framed as Rangers’ deathblows again and again: An ugly 3-1 opening-game loss was followed by a convincing 3-2 win that sent the series to Washington tied when it very easily couldn’t have been. Two overtime losses were both answered in kind with sure-thing wins that despite their close scorelines were never really in doubt.

And, by virtue of the New Jersey Devils of all teams having advanced to the Eastern Conference Final, and the Los Angeles vs. Phoenix series in the West set to go as well, the Capitals are as of right now, at the very least, one of the five best teams remaining in the NHL today. And look at that, it’s just like everyone thought in September.

Of course, that’s all going to change in eight or nine hours (with allowances for overtime), when the team is one of the four best teams in the league, and Henrik Lundqvist is given a whole summer to jam with John McEnroe.

Proudly serving gay hockey fans and players since 2010
View all posts by Craig →
This entry was posted in Washington Capitals and tagged Ryan Lambert, Stanley Cup Playoffs. Bookmark the permalink.

1 Response to Up Where We Belong