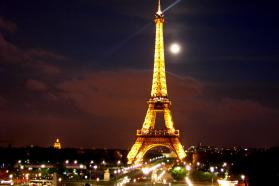 Although it seems so much longer ago, it was only near this time last year (give or take a few weeks) that we were boarding a plane at Dulles that would take us to Amsterdam and Paris. Much of Europe (and parts of the U.S.) were all agog over the impending royal wedding, which we were not, as obviously our invitations were misplaced by jealous postal carrier types. It was a madcap week on the continent, but we still had hockey on minds.

While taxiing, we constantly refreshed the twitters, desperate to hear the results of the deciding round 1 Caps-Rangers game. We won and it was wheels up. The Tampa Bay Bolts were next and we’d be back home in time to enjoy most of the second round. As half-smokes and Leinenkugels gave way to charcuterie and cappucinos, we let go of the Capitals for a moment, hopeful for their future. April in Paris and nod-nod, wink-wink in Amsterdam awaited us.

We got home, the Caps were faltering, bin Laden was iced and then it was all over. Sudden. Swept. That outcome was very bad, obviously different from this year’s 2nd round, but this one stings more. We were so damn close. So close. But there’s little time for sadness.

It seems we had more ups and downs this season that those previous; in part because there were, and also because we just felt them more this year. We were sad to see the departure of Papa “Sasha Whisperer” Arnott, but genuinely thrilled to have Jeff “the Hebrew Hammer” Halpern back. It was only in September we excitedly got (among others) Roman Hamrlik and Mattias Sjorgren’s signatures at CapsCon….the two taking very different paths over the season.

Bruce Boudreau’s “really big cup holders” and pinata gave way to John Carlson’s muddy feet and Brooksie’s ootsourcing; Mike Knuble was sent in and out of jail while Karl Alzner kept adding dogs and telling the truth. Rarely a week went by without goalie drama and just getting into the playoffs seemed questionable just over a month ago. Being emotionally attached to this team has its risks.

We had some ups and downs as well…mostly ups. We added dozens of new writers (now friends) from across the country and hosted the first-ever Gays Night Out at Verizon. The tom-fools over at RMNB asked us to stop by for a little bit, and we ended up just crashing in their basement. We the precocious Sidneys to their august Marios.

We saw the creation of the “You Can Play” project, and met Zach, a high school hockey player on his journey of coming out. We drank beers, and more beers, at various gatherings and were constantly thrilled to meet old and new readers (and even more thrilled you didn’t throw your beers on us or call security.) 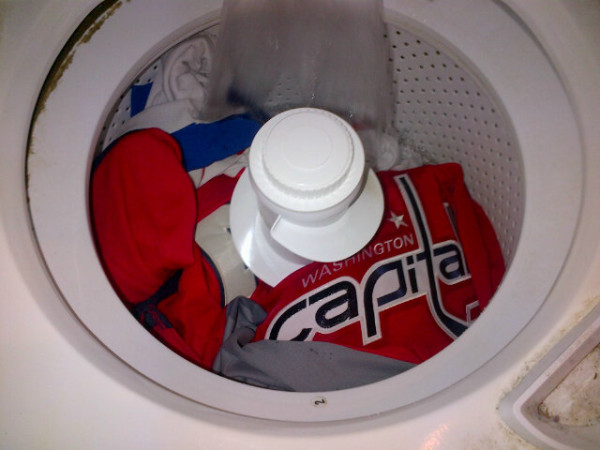 Everything comes out in the wash

This season didn’t end as we had hope, but it gave us much more than we ever expected. For that, all hockey hugs go to the entire Caps organization and its extended clan. But it’s Spring, and it’s time to plant and look forward again to the fall. Time for Dale Hunter to spit out that overworked wad of chewing gum and give his jaw a rest. The furies shall rest a bit and dream about October. And we can finally wash our jerseys.

It’s impossible to know where the journey takes us next and who will come along. And yet we’re already looking forward to the adventure. Where’s our big trip to this year? Pittsburgh for the draft, of course.

We recall the off-season flying by last summer: the NHL Awards, the draft, dev camp, the rookie arrivals, training camp, and then fanboy camp – the Alumni game and Capscon. Our hockey friends became more like hockey family at each of those stops. Spring will give way to summer and then fall; before you know it, even crisper weather – winter is coming. Again.

3 Responses to For Seasons