How I Learned To Stop Being A Hater

This isn’t a renunciation of my vitriol for teams, or a sign of some emotional maturity. I’ve sort of made my bones as a blogger and Z-list internet hockey pundit saying insane stuff about teams that made people howl. That’s all well and good. It really is, everything needs a jerk.

Every fanbase has assholes. I just don’t want to be the asshole of our fanbase.

I will never, under any circumstances, root for the Rangers or Penguins. Sorry, thems the breaks. This self reflection began by reading a post from the great Michele Catalano of American McCarver on how some fans, “Dont know where they end and their team begins.” That led to some soul searching that continued for a few days. 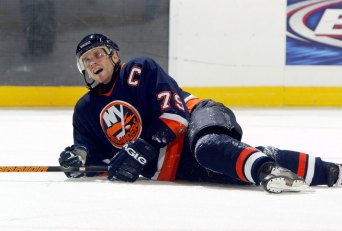 But upon careful consideration, I will no longer become annoyed, bitchy, and snarky if the despised teams win. I have friends that support teams I’d like to see sink into the ocean.  I don’t associate with the bandwagon jerkoffs that I actually despise. I can’t, my overpowering urge to throttle the “who the hell is Mike Bossy” people would get me in the pokey. But these fans I consider friends are just as passionate and knowledgeable about their team as I am of mine. They deserve happiness. Who am I to ballyhoo them in their moment of triumph?

Go, win. I don’t care. It’s fine. My friends deserve to be happy, and I’m sure there are a few decent other people in each fanbase (though, understandably less than most in Broadway Blue). I’ve made friends in every enemy camp. 2 friends from Boston, 2 from Philly(!ick!), 3 NJDers, 2 Pens fans, A Leafs fan, a plethora of Canes fans, and on and on. All teams I revile to varying degrees.

Oddly, I have no Sens fan friends. Could be because of what I said about them here.

Oh, they were pissed. I angered the hockey hipsters, they may get a Tim Horton’s cappuccino on my jersey.

These blossoming e-friendships are in addition to the number of friends who I stay in touch with primarily through hockey, like Tonawanda Tom, who honestly deserves to see his Sabres win a Cup and my police officer pal in NC who is a diehard Rags fan. All likeable people. What does hating their team get me? Other than pissed off and envious of their success? My team sucks. I’ve accepted that. As such, I’ll be jealous whenever someone wins the Cup.

This game has given me so very much. So many wonderful and lasting friendships, a passion that’ll be with me until I die, bumps, bruises, memories seared into my brain that though few and far between for a team as woe begotten as mine are still there. My team’s season ended in April. Time to accept that and look forward to next season and focus on playing the game, rather than wasting my time with infantile statements about how a team and it’s fanbase are trash.

I still don’t like a few teams, but why am I going to waste my time being angry? It’s futility of the highest order. As someone close to me told me last night, “Hockey is a great uniter.” I thought about that statement on the drive home, reflecting on it last night, and decided I no longer need the dark side of the force, so to speak.

I’d been stewing on this for a while, since a roadtrip through the Midwest with my buddies.

Sitting in Wrigley, where the aged ushers literally had no idea the last time they won it all, and the kids were being indoctrinated by their parents into supporting the Northsiders for future generations of futility… I can deal with another lean decade or two from my hockey and football teams. 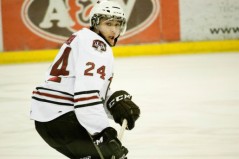 Mathew Dumba: The Next Mr. Islander?

If they can keep their head up and keep their faith in such a sea of staggering failure, I can do the same until Charles Wang flies into the sun. But since that was entirely too fluffy: Charles Wang still should die in prison, Matt Cooke is a douche and Raffi Torres should die of asscrabs. That sounds a lot more like me.

And now, my mocky mockdraft!

RoseTintedVisor ( thats @RoseTintedVisor on Twitter for the newbs) is the nom de plume of moi, Vinny Piccolo. Park Ranger/ Grad Student (History) by day, token gay hockey player & blogger (devotee of the NYI) by night. In my spare time, I hit the ice on LI as a grinder and general irritant with a penchant for crosschecks and trashtalk. I also fancy comic books, wrestling, history, political discussion, particularly LGBT & Environmental Issues . Addtl interests include Miami Dolphins Football, Atlanta Braves Baseball, & The Florida Panthers.
View all posts by RoseTintedVisor →
This entry was posted in NY Islanders and tagged Mock Drafts, Moments of Clarity, Rants. Bookmark the permalink.