Soccer is So Straight!

Seriously, why does anyone play it?!

This is an open message to all the hockey fans out there who are guilty of saying things like “soccer is gay,” or “baseball is for faggots,” etc. I hope you read this and learn something. 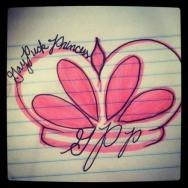 Homophobia is a real problem in society, and the world of athletics is no exception. As a gay man, and a hockey player, I am constantly confronted by homophobia in the dressing room and on the ice. The gay jokes, calling opposing players “faggot,” it all happens on a daily basis, and it hurts. As someone who has not come out to my teammates and colleagues within my coaching staff, hearing those kinds of comments and jokes makes me even more hesitant to come out. Each homophobic comment, whether said out of actual homophobia, force of habit, or peer pressure, pushes me further from the point where I would feel comfortable coming out to my team.

Hockey, for me, is a way I can escape the stresses of daily life, and be at peace on the ice. A time when I can get away from politicians, companies, and homophobic people trying to deny me rights. Living in an ultra-conservative, borderline evangelical religious house, hockey is a place where I could be around people I like and share a common passion with. And to be honest, most of the time, hockey does that for me. But then the homophobic jokes and comments are made, and they build upon each other into a whirlwind of ignorance.

I thought that after the amazing response and work of YouCanPlay, things would start to get better. Unfortunately, I have not noticed much difference yet. I do realize that less than a full season of YouCanPlay involved in combating homophobia in sports wouldn’t spark a fundamental change in the hockey culture right away. There are significant signs that the hockey community is changing for the better thanks to the work of YouCanPlay and other amazing organizations. I still have hope that the future will be so much better for LGBT athletes, and I cannot wait for that day to come.

So let’s help YouCanPlay speed up the process by changing the way we show our support and love for the greatest sport in the world. When we communicate our dislike for other sports, eliminate the gay joke. It’s that simple. To quote Patrick Burke, “just call the guy an asshole and be done with it.”

Not only does the hockey community need to stop using the “soccer is gay” line, we, as a collective, need to stop kidding ourselves. 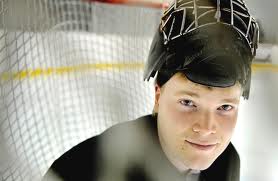 I often get DMs from hockey players who seem so upset that a homosexual is a fan of the sport, often going to the extent of saying, “there are no gay hockey players.” Really? No gay hockey players? Tell that to me, Scott Heggart , the writing staff at PuckBuddys.com, and countless other gay hockey players. Oh, and don’t forget the late Brendan Burke. His courage and conviction is helping to change the way LGBT athletes are treated, even after his tragic passing. Do not let his message fizzle out because of your own insecurities.

Which leads me to the question: Why are hockey players so quick to deny the fact that some homosexuals do, and can play hockey? I would be shocked to find a profession completely devoid of LGBT persons.

Luckily, major National Hockey League players have joined YouCanPlay in an effort to end homophobia. If these guys, who have made it to the highest of leagues, can put aside sexual orientation, focus on skill, and help end homophobia in hockey, why can’t you? Just in case you are unaware of exactly who in the NHL already supports YouCanPlay, here’s some of the nearly 50 players whove signed on:

There are also increasing numbers of minor leauge, junior and college hockey teams jumping on board with YouCanPlay to spread the mission of YouCanPlay to more within the hockey community. Coaches, GMs, players, scouts, and fans are embracing the YouCanPlay message, and I can honestly say that each and every one of them has a special place in my heart because of their impact on my life. Their support for LGBT athletes in hockey is nothing short of fantastic.

And just in case there are some close-minded hockey fans and players out there who still think LGBT athletes couldn’t possibly posses enough skill to compete with their heterosexual counterparts, here is a little snapshot of my stats from when I played in a highly competitive midget/high school league. GAA: 2.11, SV%: .925, record 65-13-2, SO: 6. Over a four-year span I set team records in GAA and SV%, as well as tied the shutout record. I was also the second-most winningest goaltender in team history. I was invited to the Hockey Night In Boston Tournament three consecutive years, a two-time Mid-American All Star, named to numerous all-star teams, and became a lead instructor at numerous goaltending schools. I also have a successful coaching business.

To be honest, however, there is a part of me that thinks the hockey community may never fully accept LGBT athletes. I constantly imagine that when the NHL finally has an out LGBT athlete on a roster, fans will use his sexuality as the principal point of ridicule. Look at how people already talk about superstar players like Sidney Crosby and the Sedin brothers. They call Crosby a “fag,” or a “prissy b*tch.” They call the Sedins the “Sedin Sisters.”

Homophobic and sexist remarks towards great players are tossed around constantly. These are Hart Trophy, Art Ross Trophy, Calder Trophy, Stanley Cup, Presidents Trophy winners, first liners. Just think about that for a minute; what if the first open LGBT athlete was a fourth-liner, but without the BizNasty2.0 factor? Fans could tear him apart, and use his sexuality as a target. I may be cynical about all this, I may be overreacting to a situation yet to develop. In my defense, however, my experience has taught me that when an LGBT person comes out within a masculine environment, they aren’t always met with open arms and tolerance. 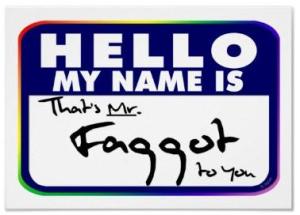 I hope you learned something from this post. I hope you will take a look at your actions and your attitudes, and re-evaluate how you approach LGBT athletes, and how you interact with people within the hockey community. Remember, LGBT persons don’t wear name-tags, or have any distinguishable physical characteristics, so you never know if the person you’re talking to will be hurt by your words.

End homophobia in hockey now. Do your part.  All My Love, GPP ❤