Clearing the Air, and Lifting a Weight from My Shoulders

I know I’ve hinted at it and posted some things that would lead you to believe that I am transgendered. Well, here I am, coming out officially as a trans girl. This is something I struggled with for the better part of a decade and I am finally confident enough with myself to say it. Hi, my name is Alyssa. 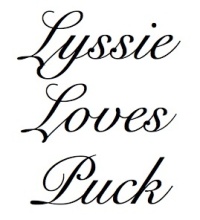 I know there is probably a lot of confusion. Why did you consider yourself gay for so long? Why not just come out as trans at first? Well, for the longest time I sincerely did believe that I was a gay man. I was woefully unaware of the true spectrum of human sexuality and gender identity. I had no idea until I was in college that the feelings I always had were not exclusive to me. I didn’t know that being transgender was even possible. So I lived my life as if I were gay, because it was the closest I thought I could ever get to expressing the true me. I knew I was attracted to men, I knew that my true self was extremely feminine, and I knew that some gay men wear women’s clothes, and have feminine tendencies. I didn’t know that being a female trapped in a man’s body was a real thing. I was very naive.

In college I met a transgendered girl at a bar and we had a very in-depth conversation about it. I learned so much from her. It was that conversation that opened my eyes to who I truly am. The next day I made an appointment with the counseling center at my college to talk about it. Over the next four years I went to two counseling sessions a week, and saw the school psychologist. They helped me get to the deepest parts of me, the parts I repressed because I thought I was wrong. Now I embrace everything I repressed. Not in front of my coworkers, friends, and family, but anonymously on the internet, and with people I have met through Twitter. It’s a step in the right direction, and once I can escape the homophobic and transphobic biological family of which I am a part, my true self will be the only thing people see. I will throw out the character I had to develop to hide myself from the world.

I know it sounds pathetic, but I honestly did meet so many great people on Twitter who I honestly do consider my best friends, my family. I wasn’t born into a tolerant or accepting family, and I don’t have a safe and welcoming environment to escape to other than the internet. At least not anymore. In college, and when I lived out-of-state, I lived my life the way I felt was right. I let my true self shine, and I was met with some hostility, but tons of love and acceptance. 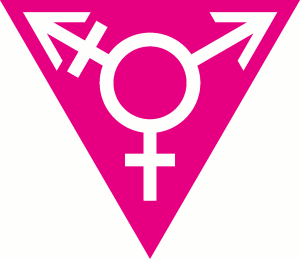 Now that my financial troubles have led me back to my parents’ house, I have to hide again. I planned on starting hormones this year, but I can’t. Not only because I cannot afford them, but because I would be homeless even if I could. I don’t want this to be a pity post, because I know that my troubles are nothing compared to other people’s around the world. I am thankful I have roof over my head, health, and food to eat every night. The challenges I face now will only make me a stronger woman.

Being trans, but not yet on hormones comes with it’s own set of problems, though. Some trans girls say I can’t be trans until I start hormones. Others say that going out dressed in men’s clothes means I can’t be trans. But in my heart I know that I am a woman. Sometimes I feel like other trans girls forget what it was like to play that waiting game. To see day after day, week after week, month after month, year after year pass without starting hormones, without dressing, without being the girl they know they are.

I’m here to let you all know that despite my physical appearance, despite my public wardrobe, I am a woman. Eventually my physical body will reflect who I am inside. Until then, I will work hard to get where I need to be, overcome any obstacle that comes my way, and dream of the day when I will be Alyssa for the rest of my life.

Now, being a trans girl and deeply involved in hockey means I face yet another set of challenges. I’m not talking about being labeled a “puck bunny” or anything, because frankly, I don’t care if you call me that or not. I don’t find it offensive. But because the trans community is often forgotten, I feel, when it comes to sports advocacy. There are few female-to-male (ftm) athletes fighting for acceptance and tolerance in sports, and even fewer (if any at all), male-to-female (mtf) advocates. However, Patrick Burke from You Can Play has reached out to me to offer his support and encouragement. It means the world to me that he would do this for me and other trans girls who are involved in sports.

I know that being a trans girl in hockey will mean I will probably have few options when it comes to playing. The dressing room issue seems to divide a lot of people, and few rinks can accommodate a third room if the women have an issue with me in their dressing room. I’ve made my peace with that, and I’m ready to give up playing and coaching when the time comes. I will miss it dearly, as it helped develop the never-ending love I have for the game. Whether I have to quit because of the expense, the pain from transitioning, or because of my limited options, I know that I will always have hockey in my life. My love for the game will not fade away simply because I won’t play anymore; it will just be re-focused into my love and support for my favorite teams and players.

But more often than not, I feel myself getting pushed further and further from officially starting my transition while staying a part of the hockey fan community. The homophobic and transphobic comments made by socially sheltered or ignorant fans have desensitized many in the hockey community to the offensive, hateful rhetoric. The phrase “it’s just a joke” is said far too often to justify a gay comment; the “soccer is gay” line is more than overused; calling other athletes “fags” is commonplace. This all needs to stop. Everyone needs to step up and educate themselves on how hurtful comments and jokes like these are to the LGBT community in sports, and elsewhere. Though I identify as a heterosexual female, the gay jokes and casual use of the word “fag” really do hurt. I faced that kind of discrimination daily from every other aspect of life, and I will continue to experience in the future. It’s just not right.

At least at the present time, I don’t think the hockey community is ready to accept a trans girl as a player. As a fan of hockey, I am welcomed with open arms. But the locker room and the ice is a much different experience. I will most likely have to give up coaching as well. I understand the apprehension parents would have if a transgendered woman were coaching their children. It’s part of my struggle to be accepted. A part that will take years, if not decades, to phase out. I’ve made my peace with giving up coaching when the time comes. I love it, but not enough to continue to live a lie.

Because I am frequently asked why I chose the name Alyssa, I guess I should explain it now. Growing up the regular babysitter my parents hired was named Alyssa. She was the most feminine, beautiful girl I had ever seen. I idolized her. She was tall, healthy, funny, and she always had a Cosmo or a Vogue with her. When I was finally old enough for my parents to stop hiring her, my heart broke. I couldn’t see my idol on a regular basis anymore. I all but forgot about her over the years, but something always kept her in my mind. For the longest time, she was exactly who I wanted to be like. Fast forward to 2011, when I finally came to terms with who I am inside.

As a die-hard Canucks fan, I learned that the girl who I pulled for in the Miss USA pageant, Alyssa Campanella, shared a love for my favorite team ever. She reminded me of my former babysitter. Tall, healthy, feminine, funny, everything I idolized. I instantly knew right then and there that I had to not only chose a name that I felt fit my personality and vision for myself, but also paid tribute to the women who helped shape the girl I am becoming. Picking the name Alyssa was a no-brainer. I feel confident with the name Alyssa. I feel like it fits me better than any other name could. I feel lucky that the name that gives me confidence and self-esteem is also that of my idols. Rarely, I hear, does that happen. I hope to find my former babysitter one day and thank her for everything she’s done for me. I also want to meet Alyssa Campanella and let her know how much she inspired me, and how much she means to me.

When the day comes that I can finally afford to start my transition, I want to be an advocate for transgendered people in sports. I want to help inspire anyone and everyone to follow their dreams no matter what. Honestly, if I can do it, anyone can.

Signing off for the first time,  Alyssa ❤

This entry was posted in Heroes and tagged Trans players, We love a girl named Alyssa!. Bookmark the permalink.

10 Responses to Clearing the Air, and Lifting a Weight from My Shoulders