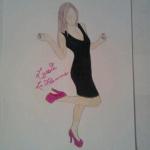 Based on off-season/lockout preparation and playing, as well as previous season performances and my gut feelings as a coach, I have compiled a ranking of all starting NHL goaltenders. I have two lists of 15 (each conference), and one list of 5 (my top picks overall). Look for the top goalies to be favorites for the Jennings’ Trophy and the Vezina.

Even with a short season, these goalies will have their work cut out for them. Some will fade quickly down the stretch (see bottom tier), and some will stay hot, or hit a big stride after a few weeks (see top tier). Either way, this short season will be fun to watch. Thankfully it’s actually gonna happen.

After the jump, notes on the top 5 Overall and more!

Some may be surprised to notice I put Niemi, Hiller, and Kiprusoff at the bottom of the Western barrel, as it were. Simply put, these goaltenders constantly under-perform, and fail to live up to their potential on an annual basis. Niemi’s abysmal performance in Europe this season (which led to an early exit) reflects what his NHL season will likely be.

Hiller is one of the most inconsistent goaltenders in the NHL, and a short season provides little time for rebounding, and forces goalies to be at the top of their game every single night.

Kiprusoff has been mediocre, at best, over the past few seasons. Expecting him to do anything other than marginally well is frankly unrealistic.

The East was a tight race, so the only real shocker there should be Theodore. Keep in mind that the margin between 14 and 15 is very small. Theodore is a great goaltender, but I don’t see him performing well with a diluted defensive core in front of him. He’s getting closer and closer to retirement age, and Theo is no Martin Brodeur.

By no means does a goaltender’s rank on my list mean I think their team will make playoffs. Great goaltending only goes so far. My Eastern playoff picks, in no particular order, are: PIT, MTL, NYR, BUF, BOS, PHI, WSH, CAR. My Western conference playof picks are: NSH, LA, VAN, STL, DAL, CHI, DET, PHX.

As with any shortened season, and even shorter training camp series, predictions are largely hit and miss. However, I do think my gut instincts about these goaltenders will prove to be more right than wrong.