Editor’s Note: Meet Remi. Finally, we have a Jets writer. Our thanks to him for reaching out and staying in our faces. You will follow him on Twitter: @Jetster1984.

Weeeeeeeeeeee’re baaaaaaaaaaaaaaaack!!! Ok, so we’re a little late in getting represented on this blog and while I could just use the same excuse True North Sports & Entertainment (or, as I call them, “God”) has been giving while getting acclimatized to the NHL (one that goes something along of the lines of “the Winnipeg Jets have only been in the league for a few months, it takes time to set things up the right way”), the truth is that I’ve only recently discovered PuckBuddys and I must say, I’m excited to contribute to this community. Very much like when I was 18 and I discovered that contrary to what I had led myself to believe, the global population of gays consisted of much more than approximately 100 people, 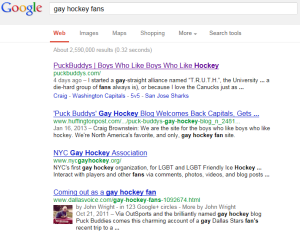 I’ve only recently discovered by doing a simple search on Google that the gay NHL fan-base was much more than a mere handful of individuals. In a way, I have to thank the You Can Play  project for associating the gay community with the sport we love in the mainstream media, thus giving me the idea to search for other potential hockey players/aficionados out there. I guess I should thank Google and the Internet too, for having allowed me to perform that search, but I won’t start… After all, these aren’t the Oscars… (well then why the hell is that music getting louder??)

So I guess this is my coming out, version 2.0. Having found the proof that others like me exist, it’s time to open up to this community and share my passion for the Winnipeg Jets with you. And by doing so, I necessarily have to share myself with you as well, seeing that like so many of us who grew up with the Jets only to see them leave for 16 years, the Jets carry an emotional value to us that far transcends simple sports fanfare. The Jets are my childhood and my childhood is the Winnipeg Jets.

And while I could write a novel about all of the memories I have from way back when, I won’t get into all of that in this article because I have a methodological analysis of an academic paper due on Thursday morning and I’m already mad stressed about it! (The Wednesday night shakes are coming, I can sense them). The mere fact that I’m prioritizing my coming out 2.0 over my Master’s program at the Université de Montréal shows how much being part of this community means to me (you’d better be appreciating it!). 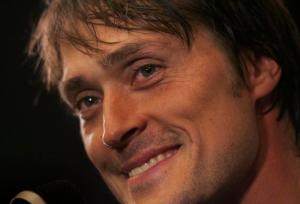 So that being said, I’m planning on starting with a 3-part article series that explores version 1.0 of the Winnipeg Jets, followed by maybe one or two pieces on the return of the Jets and, of course, one entirely devoted to Teemu Selänne (I call him “God” too… what can I say, I’m a polytheist!). But before doing so, I’m obliged to disclose my biases: I’m a rabid Jets fan and yes, I am gay. (Ain’t nothing gonna change it!)

I am also Franco-Manitoban (pardon my English), which sometimes gives me a minority’s perspective on the Manitoban reality, and I now reside in Montréal, which permits me to look at my home town and all of the developments that have taken place in the last few years from the outside in. But don’t worry, many of my family members and friends have season tickets to the Jets, which means I get the scoop on all that goes on inside the difficult-to-get-into and ridiculously-loud MTS Centre!

Having said all of this and due to my really really needing to get back to my studies, I hope you enjoy reading about (and falling in love with) my Winnipeg Jets in the near future. Puck buddies, here’s to my second coming out!

This entry was posted in Winnipeg Jets and tagged Franco-Manitoban, Teemu is God, Teemu Selanne, Teemu4Ever. Bookmark the permalink.