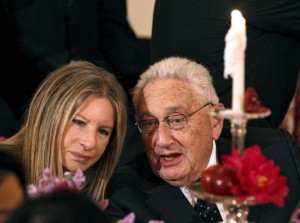 “Power (plays) are the ultimate aphrodisiac.”

Those lucky souls outside of the 202 won’t have to deal with the annual White House Correspondents Association Dinner this weekend. Even though Barbra will be there, the smart(er) gay set will be at the Booth on Saturday for the Caps – Bruins tilt. And this being a high-wattage weekend in Powertown, we’ll have our own celeb in tow, a bold face name from these very pages – Matt Skolnikoff, our Habs scribe. Imagine the hate we’re going to rain down on Boston tomorrow.

As for the eternal question: WHCD or a hockey game? The answer is both, but never, ever wear a tux to a Caps-Pens game. Here is the back story: In 2009 I gladly gave up my dinner ticket to attend game 5 of the Caps-Pens playoffs.

But I also had sources who were coming to the [REDACTED: Elite media outlet] cocktail party beforehand so I got tuxed up, had a few cocktails at the Hilton (much cheaper than paying for Ted’s vodka), dashed to the DuPont Metro–no time to change into jeans and Caps red t-shirt–took the train to Verizon, and made it to my seats in time to see the puck drop. (I saw a few other tuxes in boxes, BTW.)

But OBVIOUSLY, wearing a tux to a Caps game against the Pens disturbed the hockey karma at the Booth and Tom Poti broke my heart and those of many other Caps fans when he inadvertently tipped the puck from a Malkin centering pass past Varly giving the Pens an OT win. That was a bitter pill.

Let the tongues wag about the WHCD, we’ll be wagging other appendages in Section 402 on Saturday night. IS PARTY NOW!!!)))))  hahahahah!!  so sick!!

Proudly serving gay hockey fans and players since 2010
View all posts by Craig →
This entry was posted in Washington Capitals. Bookmark the permalink.