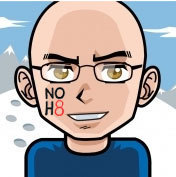 Welcome to the middle of summer, when hockey withdrawal pains can hit in full force. Luckily there are some great reads out there that will have you thinking hockey, and more importantly hockey players, through the off-season. Ben Ryder’s Noah is the first in a series of books Ryder’s authoring that focuses on British guys who find love overseas. In this first book, IT consultant Callum meets hockey player Noah. Callum is dispatched to Toronto to work the new Maple Arena’s communications software. Callum initially meets Noah in the gym and has no idea that Noah is a hockey star playing for the Toronto Bobcats.

Initially the two men aren’t sure they’re reading each other’s signals right, but once that’s sorted out the practical matters kick in. Not only is there the problem of the two living in different countries, there’s also the matter of Noah being in the closet, especially if he makes the announcement while his contract negotiations are happening. Beyond that, there’s the excessively horny woman that’s managing Noah’s project who would like nothing better than to snag Noah for herself. The biggest hurdle for the new couple though might just be that Callum has an even larger job booked next—working on the Olympics in Rio.

Ryder’s created two great characters with Callum and Noah. Callum is no standard issue IT geek as he likes to workout, doesn’t shy away from a trip to a cabin in the woods and has no issues with social interactions. It’s initially Noah who is the more closed off since he’s unsure what would happen if he came out of the closet while he’s playing. As the two get to know each other and figure out how and if they’ll move forward, they are completely adorable alternating between a bit of frustration and head-over-heels love. Callum and Noah have some great turns in bed too, as you would expect of two people falling in love.

The woman causing trouble is a lot of fun too, at least from the reader’s perspective. Initially Amy seems like a minor, mostly nuisance character. However, when she tries to dig her claws into Noah, fireworks fly as Callum goes from merely jealous into being a protector.

Noah is great for a summer read with its ideal mix of romance, sex and roadblocks for the guys to overcome. After the jump, I chat with Ben about the book.

An Interview with Ben Ryder
For British-born Ben Ryder, Noah is a bit of a personal fantasy as he had a career in IT when he left college. That combined with his relatively new found love of hockey to form the story. “I’ve become a huge hockey fan in the past few years,” he says. “Ice hockey isn’t as popular a sport in Britain as it is in Canada or the U.S. I wasn’t exposed to it until I started traveling more as an adult. My first game was watching the Rangers take on the Stars in Madison Square Garden on one of my first trips to New York. I was taken with the action, especially after growing up watching soccer, which is such a slow game in comparison. I was even more taken once I saw the players with their helmets off.”

Ryder visits the American Southwest often as he has family there. The local team isn’t the one that he follows. “Although I have seen a couple of Coyotes games, I have to admit I follow, and am a bigger fan of, the Caps. That has a lot to do with Brooks Laich.”

In addition to meeting Noah and Callum in this novella, there’s a planned full-length novel to come later in 2013. “This is the first in a set of stories that revovle around the lives of Englishmen who find relationships overseas,” Ryder says. “Though each story is a standalone, there is a plot that runs through them all that connects them.” Ryder says Noah and Callum appear briefly in the other books in the series, just as some of the characters in Noah get full length stories of their own later in the series.

Within Noah, Ryder has two favorite scenes in the book: “The first is the scene in the cabin when Callum finds out that Noah is gay and becomes a bumbling fool. It’s the realization that his fantasy could become a reality. The second is the really corny poem that Noah texts Callum after a game. The poem is truly dreadful, but it’s the fact that he has tried that makes it so endearing.”

Ryder’s second book in the series debuted in June: Side Line is set in the Middle East with a closeted U.S. Marine and an out-and-proud British beer promotions manager. There’s also a third book coming in August: Released.

Another book for your consideration…

I need to make a quick non-hockey-related book recommendation. 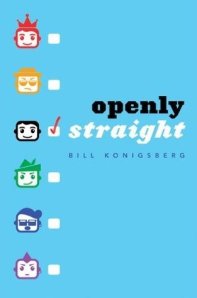 Openly Straight by Bill Konigsberg is an outstanding young adult novel that delves into the issue of being labeled, what those labels can mean to your life and the consequences of not being your true self.

In the book, Rafe Goldberg is a high school junior who transfers to a boarding school half way across the country because he wants to escape the label of “the gay kid.”

Regardless of your age, this book deserves to be on your must-read list. You can read my full review over at jeffandwill.com for more details.