An Angel Loses Its Wings

Pavel Datsyuk is one of the most beloved and respected players in the NHL. He’s exceptionally talented and a perennial all-star, as well as a valued leader on a storied franchise. Good luck finding anyone around the league who names Pavel Datsyuk as a player they dislike.

It’s hard not to become attached to skilled or talented athletes; they’re a pleasure to watch as a fan of the game to both the diehards in the stands and the journalists who cover them. This is especially true if that athlete isn’t considered to be dirty or one who “plays with an edge.” Unfortunately, this can make it challenging to look at them objectively.

We as a society tend to give athletes we like the benefit of the doubt when their character comes into question, even if the situation doesn’t quite call for it. This is especially true if that player is above-average at his craft. Sometimes, giving athletes the benefit of the doubt is justified; after all, athletes are people and people make mistakes. It happens. In this case, it isn’t.

When questioned about Detroit teammate Henrik Zetterberg’s scathing comments on Russia’s anti-LGBT legislation, Datsyuk deferred to his religious beliefs by saying “That’s his opinion. My position—I am Orthodox. That says it all.” That’s right. That says it all.

He said plenty without saying much. The Russian Orthodox faith is in no way known for its tolerance of the LGBT community. By deferring to his religious beliefs, he implied he agrees with their antiquated views on equality. If he didn’t, he wouldn’t have kept his statement so brief. Datsyuk purposefully chose not to elaborate because he didn’t need to. He had already made his opinions known.

The lengths to which people are going to defend him are ridiculous. If it weren’t a player as beloved or as talented as Datsyuk, he’d have been tarred and feathered for his comments. Imagine the outrage if Raffi Torres had said the same thing as Datsyuk. He’d never play a game without being booed again in his life. But because it wasn’t Raffi Torres and it was Pavel Datsyuk, people are hesitant to call him out on it.

In the NFL, Ben Roethlisberger of the Pittsburgh Steelers has won two Super Bowls quarterbacking his team. That earned him much respect and admiration around the league. A few years ago, he served a four game suspension for allegedly raping someone and all people ever heard about was how much the Steelers missed their star quarterback, instead of the more appropriate response, “wow, this guy is a rapist.”

One of the defenses people are using is “stop attacking him, he’s entitled to his beliefs” as if having the right to an opinion automatically absolves that person of criticism for holding that belief. As far as those beliefs being religious, religious bigotry is still bigotry. “According to my religious beliefs, I don’t think that LGBT people are equal.” Replace the phrase “LGBT people” with “women”, “handicapped people” or “people of color” and think again about how absurd that statement sounds. It’s possible to be a person of faith and also an LGBT ally. It’s not as if you can only be one or the other. But that’s not the point. He reaffirmed himself as a member of an anti-LGBT group when presented with an LGBT-related question; it doesn’t matter if the group happens to be religious like the Russian Orthodox Church.

If Datsyuk had just no-commented his way through the questions, he would’ve been in the clear. He wouldn’t have said anything to jeopardize his spot on the Russian Olympic team and he would’ve saved himself from criticism from more LGBT friendly individuals. Unlike Henrik Lundqvist, he hasn’t been involved in the YCP Project or any other similar group to this point so he wouldn’t have been expected to reaffirm any previous convictions with a comment. Some have gone as far as claiming Datsyuk’s statement can be classified as a no-comment. But it’s impossible to classify what he said as a no-comment because his statement clearly implies something. No-commenting involves not answering the question as opposed to going ahead and actually answering the question with a definitive and distinct statement. 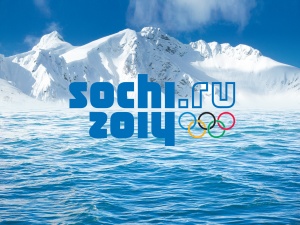 The context of his words is totally irrelevant. He very easily could’ve just declined comment, even if under direct Russian supervision. Declining comment doesn’t imply agreement with a specific opinion one way or another. Realistically, Datsyuk probably wasn’t too concerned about possible criticism of his comments when he made them. But he was concerned about playing Olympic hockey. If he didn’t say anything, he still would get to play for his country, which is ultimately his main goal. Instead, he specifically answered the question and while he’ll still get to be on the team, now he has to face the consequences and criticism that should come with it when he returns to North America.

Hopefully this isn’t something people will just forget and pretend never happened. If history is any indication, this will only be a blip on the radar for him. When the Winter Olympics are over, he’ll go back to the NHL and fans will revere him again. That can’t happen. It’s ok to still appreciate Pavel Datsyuk the hockey player but we can’t look past Pavel Datsyuk the person. Ignoring the problem does nothing to help move forward as a society. It doesn’t matter that the opinion came from one of the greatest players of this generation; the opinion is still bigoted.

If we just accept that it is ok for him to think that way simply because of his status as an athlete, then what is the purpose of fighting that mentality at all? How can someone call themselves an ally if they are willing to make excuses for someone whose opinions directly contradict equality for all? Datsyuk is an athlete, not a saint. It’s ok to admit he isn’t the infallible human being he was perceived to be. Doing so will help drag society out of the “being good at sports makes things ok” mentality that has plagued us for far too long.

If there's one thing you need to know about me, it's that I own a Milton Bradley jersey. Broadcast Journalism major at the University of Nebraska-Lincoln, class of 2016
View all posts by mikeshoro →
This entry was posted in Olympics and tagged Detroit Red Wings, Pavel Datsyuk, Sochi2014. Bookmark the permalink.

15 Responses to An Angel Loses Its Wings