Welcome to the East!

Posted on September 16, 2013 by WriterJeffAdams 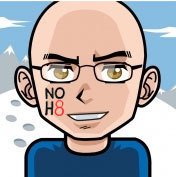 September is much grander this year than last as there was nothing stopping the NHL getting underway. The season started Monday night for me as my two favorite teams, the Detroit Red Wings and the Pittsburgh Penguins, meet up for a pre-season match. For the Red Wings it’s the first game. The Penguins got going Sunday night, and lost in OT to the Columbus Blue Jackets. I’m happy to report the Wings handed with Pens their second preseason loss, downing them 4-1 at Consol.

I’m psyched with the realignment that’s come to pass. For the Wings it means fewer treks to the West Coast. The benefit here is two-fold as I see it. First, from a purely selfish point of view, it’ll make it easier for me to watch them because fewer games will have the potential to start at 10pm ET or later. For the Wings, I think it makes it the season a little less grueling too. They often seem to get road weary, and making it so they go out to Arizona, California and Western Canada less often should be good for them.

One more benefit for me: They’ll play the Rangers at MSG twice this season, once in January and once in March. When they were in the West, they’d get to MSG once every two years. Looking forward to the 2015-16 season, when the Islanders make their move to Brooklyn, that’ll mean even more chances to see the boys in red in my city. My only regret with the realignment is that the Wings are no longer in the same division as their mega-rivals, the Chicago Blackhawks.

The Red Wings will need to be on their game this season to ensure a spot in the playoffs since there’s no guarantee that finishing fourth in their division can get them into the post-season. With the top three in each division getting the guaranteed playoff positions and the other two spots going to the highest placed teams in the conference, rather than the division, it will be more dangerous to be on the bubble.

And for people, like me, who have a hard time doing playoff math anyway, it’s going to making figuring out the playoff picture more difficult. Maybe I can take a remedial playoff math course between now and March so I’ll be ready.

From a player perspective, not much has changed on the roster. I’m hoping Darren Helm gets off the injured reserve list sooner rather than later.

That said, he needs to take care of his back to avoid re-injury. He’s been skating and is expected to participate in camp, so that’s a great sign. The roster currently carries two guys new to the team, Daniel Alfredsson from the Senators and Stephen Weiss from the Panthers (although Weiss is on the injured list right now too). Just last week, Danny Cleary locked up a one-year deal to stay as a Wing. This comes after a long summer of negotiations that saw him eyeing a possible move. The Wings are, however, over the salary cap, so there will be roster adjustments before the regular season starts October 2.

Meanwhile, off-ice, there are Pavel Datsyuk’s unfortunate comments regarding Russian LGBT laws (which Mike covered perfectly here). Those comments won’t change his skill as a player, as in potting one against the Pens Monday night and assisting for Almquist, but they certainly change my perception of his character.

As the season gets rolling, I’m hopeful the Red Wings will play to their potential and extend their consecutive trips to the playoffs.  LET’S GO RED WINGS!