Posted on October 4, 2013 by operahockeyguy

Editor’s note: We meant to get this posted Wednesday night ahead of the Bolts first game against Boston. But the dog ate our homework. Like all of Eric’s writing, this too, is timeless. Eric, like the other good boys who filed season previews, has earned himself a t-shirt from the PuckBuddys boutique.

Last time we spoke about the Lightning, it was to say a bittersweet farewell to beloved team captain Vinny Lecavalier. Now we introduce the captain, revealed after an incredibly drawn out ceremony to the complete surprise of absolutely no one, Marty St. Louis. And of course it is. Why wouldn’t it be? 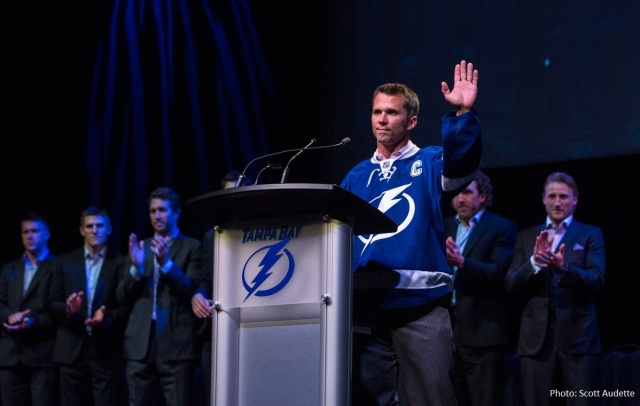 He has been a leader of the team not just in stats, but by his conduct on and off the ice. His legendary off-season workout regimen and is known for the best workout bench circuit training, it is awe-inspiring and his mentoring of younger players – Steven Stamkos in particular – has been just as valuable as any coach’s advice (definitely 200% better than anything Barry Melrose could have done.

Marty replacing Vinny as captain is a no-brainer. But replacing him as a player? Tougher. True, Vinny’s points were down over the years and injuries hampered his skating and shooting abilities, but he is still an effective playmaker. GM Steve Yzerman was willing to gamble $5 million for five years on Valtteri Filppula knowing some of his skill from his stint with the Red Wings. He scored our lone goal in our loss against the Bruins on opening night. 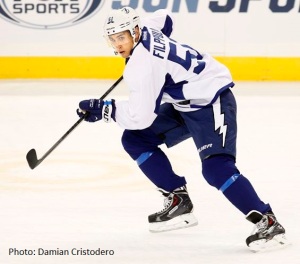 Val seems like a good fit for the second line center with Teddy Purcell and Alex Killorn. Of course, it would be unfair to compare Vinny to Val, so by all means, let’s do just that.

Filppula’s stick handling may be better than Vinny’s currently but Val does come from a team famed for its puck possession (the Detroit Red Wings). Val is a more physical player, unafraid to use his body for hitting and blocking shots. But it will be impossible to achieve the level of adoration that Vinny has from the fan base… unless he helps the Bolts win a Stanley Cup. Just sayin’.

But now, the comparison all discerning Puckbuddys have been eagerly anticipating: The Dreaminess Factor (Trademark Pending). Vinny is a lovely intense dark-haired dreamboat while Val has the classic Nordic beauty of a jaded Abercrombie model. Let’s just call it apples and oranges. 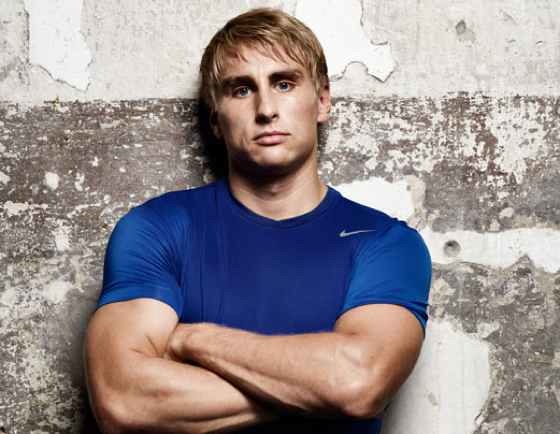 For their first draft pick in the third position, the Lightning selected forward Jonathan Drouin who had a strong training camp, but was still sent back to Juniors for the year. 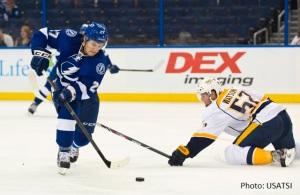 He played well in preseason games, often paired with Stamkos because, let’s face it, Marty isn’t going to be around forever to dish those passes to Stammer. But Drouin himself admitted he wasn’t prepared for the speed of the game in the NHL and Yzerman comes from an organization that likes its younger players to take their time to develop (was it noted that the organization was the Detroit Red Wings? Just checking).

Another player with an excellent preseason who didn’t make the roster was Brett Connolly who was squeezed out of the lineup by the fantastic play of the 3rd line consisting of Richard Panik, Tyler Johnson, and Ondrej Palat (he of the improbably spelled name).

Yzerman felt that Connolly needed to be back down in the minor affiliate of Syracuse playing big minutes there instead of being a 4th line alternate.

Although, let’s face it, he’ll be back when Ryan Malone injures himself.

When the Lighting drafted a forward in the first round, the internets and twitters exploded with cries of fanboys frothing at the mouth worried that they didn’t pick a defensive player. (seriously, there was rending of garments). But the development of defensemen always takes awhile, take Victor Hedman (perennial fan whipping boy) who has to his credit, improved his game considerably.

Hedman has spoken in the press of how he understands that this year he must really prove himself and he will probably see a bulk of the minutes paired with Sami Salo. Brewer had a horrible season and since he is a nice guy and attractive, let’s not speak of that again and merely say his stats can only get better.

With Mathias Ohlund still on the payroll but not playing (although can anyone blame him?), the Bolts are relying on players who came up from the minors last year and proved themselves like Radko Gudas (Bushiest Non-Playoff Beard In Hockey!) and Andej Sustr.

Yzerman traded Cory Conacher to Ottawa for Ben Bishop, because something had to be done to improve the goaltending. Neither Bishop nor Anders Lindback (22 saves from 25 shots on opening night) have ever been the #1 netminder so they will split the duties until one of the them proves to be irreplaceable. Or more likely when one of them gets injured, the other one becomes the #1 starter.  I’m hoping that the demise of the 1-3-1 leads to less odd man rushes and fewer quality chances on goal.

Speaking of which, the biggest change is the first full year for new coach Jon Cooper who doesn’t seem to rely on a set kind of system. He has stated that the goal is puck possession (hmm…. that sounds familiar) and mentioned adjectives like “sandpaper” and “gritty” in describing the kind of play he wanted from his players. He has singled out Ryan Malone as an example (probably the reason RyRy wasn’t bought out of his contract as was widely rumored). Malone is an effective big bodied forward, but is oft injured for long stretches. And then re-injured the game he returns.

Oh right, and there’s that whole new Flortheast Division thing where the Lightning don’t get the luxury of having the Carolina Hurricanes be the last place team. That will be the Florida Panthers. (ZING!)  Facing the likes of Detroit, Montreal and Ottawa on a regular basis will force this team to improve, or just ensure that they get the first round draft pick next year.

Eric Pinder is an actor, writer, director, and Director In Residence for the Florida Opera Theatre. He is indeed writing the libretto for a hockey opera tentatively called “Goaliedammerung”. He is looking for work in January. Resume available on request. He will grudgingly perform at childrens parties, but no balloon animals. You can follow him on twitter @operahockeyguy where rude jokes are tastefully couched in sarcasm. Or opera references. Jean Bealiveau once punched his father in the face.