Buffalo’s Future Is In Their Character.

With a bit more than a quarter of the season behind us the Sabres have stepped out from the shadow of last season.  They have competed for wins in seven of the previous ten games heading into tonight’s match-up versus the Calgary Flames.  Though Buffalo is still a bottom dwelling team, thanks to a 3-13-2 start to the season and the league’s worst PP% of 7.5 success rate, there has finally been some settling of the dust.  Nolan, who once sought line combinations, has found players to complement one another.  For offense the line of Girgensons, Moulson, Ennis have connected.

Other lines still encounter interchanging players though Hodgson and Foligno seem to be continually paired together as does Mitchell and Gionta.  The defensive pairings remain remarkably quite stable despite the perceived pressure from prospects in Rochester that have served time with the Sabres before in stretch-runs like Pysyk and McCabe.  The tandems are Gorges-Myers, Ristolainen-Zadorov.

Then there is Mike Weber and whichever D is not suffering from some sort of injury.  He has been paired with Meszaros, Strachan, and Benoit this year.  While Weber has slowly become a steady, as well as consistent, ice warrior his compatriots not so.  Meszaros has been prove to give the puck away either by being stripped or worse passes to the opposition.  He has executed these plays in dangerous areas like the defensive zone.  Benoit is just as poor as Meszaros but in a different realm.  He lacks defensive responsibilities not pertaining to grit and physicality.  Strachan resides in a similar vein.

While all three are serviceable D-pairings they just are not ample suitors with Weber nor anyone else.  All three seem necessary for the moment to provide depth in case of injuries, maintenance days, or even Nolan’s plan of how to play against different teams.  None are long-term solutions.

What the Sabres ultimately demand is for Pysyk or McCabe to get their act together in Rochester.  A permanent call-up would then take place for Weber’s partner, perhaps even to move Weber into the seventh D roster spot.  Weber has great utility by being able to be combined with any of their other defenders.  At least for the rest of this season Pysyk and McCabe will be kept in Rochester for playing time in hopes they make good for next season in Buffalo.  Meszaros, Benoit, and Strachan are all on one year contracts making them highly likely to not be in a Buffalo uniform (or Amerks for that matter) next year save for something astounding on their part or disastrous on the side of the prospects in Rochester.

Behind the players are the goalies. Enroth and Neuvirth were both expected to compete for the starting gig.  They still are though Enroth has a slight edge in many journalists’ minds.  For being this early in the season the stats indicate no clear ‘starter’.  The only minds that matter though are Murray and Nolan.  Enroth has started eight of the past ten games during the winning streak with a victory in six of those games.  Though Enroth may look like he is the number one net minder in the Queen City, Nolan seems to enjoy letting a goalie play for long stretches before allowing a different goalie to play for long stretches.  With Murray open to opportunities of moving either goalie neither is secured.

Mr. Murray also is open to talks about his other players, notably Chris Stewart.  While Stewart fits the mold of a Murray-Nolan player, big and physical, he lacks the characteristics of a Murray-Nolan inspired athlete, heart and determination.  Unquestionably Stewart is a good player and a second line producer.  That production though just isn’t with the Sabres.  He’s not internally committed to this team or its core group of players.

The Sabres do have a core group of players that won’t move despite the actions of the open lipped Tim.  These are players that not only fit the mold but the character of a former Jack Adams award recipient back for his second stint as head coach.  The entire line of Moulson, Girgensons, and Ennis are staples.  Girgensons, the leading NHL All-Star vote getter, is their prototypical player (leading by 400K).  Ennis might seem like he’s worthy of being traded but despite his stature he possesses the requisite heart and drive.  Gionta, Foligno, Kaleta, McCormick all have multiple honorable characteristics of heart, soul, dedication, leadership, team-work, or physical play.

Following them on the defensive side is Gorges and Weber.  Ristolainen continues to prove himself and will remain a staple for hopefully many years to come.  Zadorov is reminiscent of Ristolainen though earlier in his development.  Those two make a fantastic couple (on the ice of course)…  Myers on the other hand is a wild card.  He possesses good skill, a tall frame, and long reach.  He has been slow to adopt the more physical and bold style of Nolan though yet he has adopted more defensive responsibilities under a new helmsman.

Every player not mentioned, well the jury is out.  They need to prove themselves committed to a new style based more on positional play, based on drive in practice, and internal motivation.  For charming Ted if you want to play you need to prove commitment to the team consistently.  What matters most to him is character, a word lost to those self-indulgent stars (or believe them to be stars). 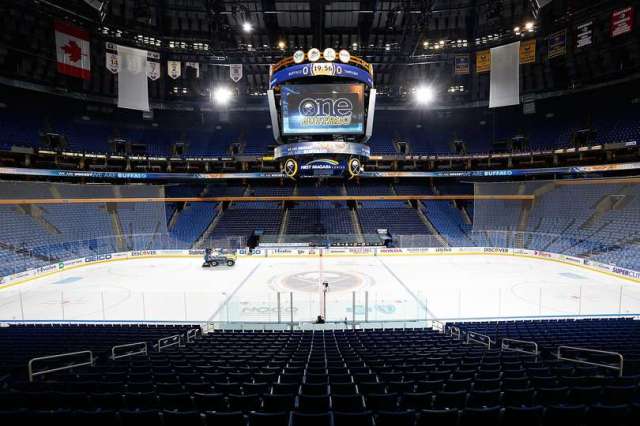