What Would We Do Without Our Awkward Sasha?

We have no words for this.

So yeah, there’s been plenty of talk out there about whether Alex Semin will be returning to the Capitals lineup next season. Some of it from Sasha himself, or not, depending on who you believe. His agent Mark Gandler says its до свидания time, only a few days later to have Sasha awkwardly deny that report. Sort of. Or maybe not he’s not. Just like Sasha himself, it’s complicated.

All this has us more than a little nervous. By our count we’re into day XX of SashaWatch© with no clearer answers in sight.

Before we start worrying about what the Caps will look like on…and off…the ice without Sasha (let’s not start catastrophizing just yet, please) we just wanted to clear something up. 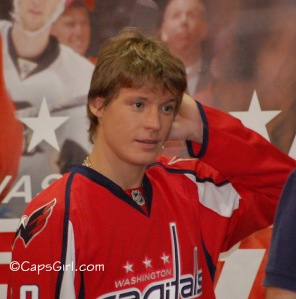 Sure, we love Sasha’s filthy goals, his long-distance snipes, his deft stick work and bouts of caring. And sure, we’re a little less than in love with his penchant for sleep-skating, bongo-playing or uncanny ability to find, then trip over, the snow snakes.

Without Alexander Semin on the squad, just who would Caps fans pile their outrage on? (Besides Wides and the Sarge, obviously). Who would become the too-easy target for all the bellyaches and post-game hand wringing? Who would make popcorn and borscht with Ovi; who would step up to become the “enigmatic” one? Who could possibly be the replacement for RMNB’s Sasha-Care Meter?

And more to the point, if we lose Sasha, who would make us laugh, yell and scratch our heads in equal measures? The Capitals without Sasha is like the Marx Brothers without Harpo: the one who’s funny not because he gets the joke, but because he inspires it. 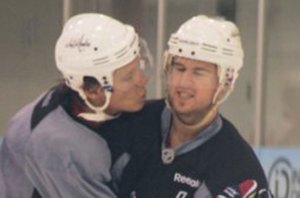 Think about it – the awkward Sasha hugs, the rubber face and derpy expressions, the flipped-out hair, the silence? (We think instead of interviews in broken English, he should just bring a horn with him.) Sasha IS Harpo…and the Marx Brothers without Harpo are just not funny. When they got rid of the handsome, talented but under-appreciated one…Schmucko, Zippo, or something…nobody cared. But Harpo was elemental to the team, and without him, it all just fell apart. They just weren’t as likable without him.

Harpo being an imp

So there, we said it. Sasha goes, and it all falls apart. Not the team itself – they’ll go on and play hockey, and probably play it well, and hopefully play it just enough better than this season to make a long distance run at the Cup (although it’s clear they will miss Semin’s marksmanship and overall utility.)

No, what goes is the strange, boyish charm, the confounding oddness and perpetual puzzlement that makes this team not just a collection of hyper-talented athletes, but something more. Something you can examine again and again and never get an answer. Something genuinely different, something that makes Washington a little less bland. 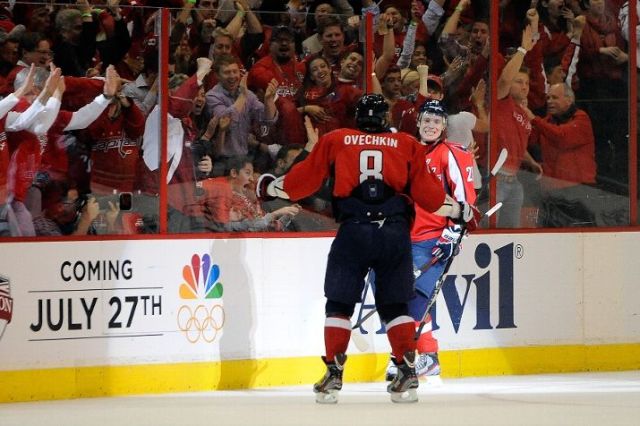 This entry was posted in Uncategorized and tagged awkward, sasha, Sasha Watch. Bookmark the permalink.