Back into the HABit of Things

“OK, I admit it’s been a rough start to the season for the Canadiens. However, unlike some of the bloggers, columnists, and fans (especially after the crushing defeat in the home opener against the Flames) who slammed the team, walked out of the Bell Center, and otherwise yelled and moaned about glaring problems, I remain a positive and an enthusiastic supporter no matter what. By definition, that makes me a true fan. Or at least a polite and patient one.  So, what the hell is going on?

Michael Cammalleri: Out for up to two weeks

First off are the injuries.

We’re starting off the year with as many injuries as you’d see at the end of the season: Cammaleri, Markov, Spacek, and the guy who looks like he’s one of the husbands on the Real Housewives of New Jersey (Campoli), are all out at the moment.

That would be one of our star forwards and a good chunk of the defence.”

“Then there’s been some lackluster defence amongst those who are still skating – P.K. Subban has admitted he’s doing a crappy job so far.

"Do I look worried?"

Dreamboat goaltender Carey Price has also admitted he’s not fully up to speed either. During the shootout in last night’s Avs game he seemed like he was barely trying and/or just lacked confidence. There’s been a noticeable lack of red-blue-and-white around the net in the first several games, the defencemen appeared disengaged while Carey had to fend for himself.

Maybe Jacques Martin is having a hard time figuring out how to put together effective lines with the players he has on hand at the moment.

But, ye of little faith, there is hope. To paraphrase Carey Price, you don’t win the Stanley Cup in the first few games of the season. The season has just begun and although it would be nice to win all 82 games I think that’s putting a little too much pressure on the team. So, without sounding like that guy who donned a wig and made a crying plea to lighten up on Britney Spears (Leave Britney alone!), I say relax, crack a cold one, and get ready for the next game.

There’s a lot of good to cheer about with this year’s Habs. We may not have lots of big guys (like the freakish Chara) but we’re fast and smart. And Carey Price, at 6’3”, covers a lot of the goal. Though I do admit that after one Avalanche goal through his five hole I did yell “Close your legs!” Not something I’m normally known to yell…

I see other strengths as well. The team can be very disciplined when it wants to be. There were, for example, minimal Canadiens’ penalties in the latest game and fighting has been mostly absent. No doubt they’re saving that for the trip to TD Garden on October 27. The Habs have been great in the dots and hammering far more SOGs than they’ve seen in return. Speed does count for something in this game after all.

And there’s some players that have really started out at full trot. Max Pacioretty, God bless him, got a well deserved standing ovation at the home opener, has been playing exceptionally well and Plekanec (that hunk of East European man), is off to a great start to the season, as he usually does. Lars Eller has also been surprising with his awesome playing so far.

So, once we get Cammy and Markov back, Subban gets his act together, Price keeps his eyes on the prize, Martin figures out the best line combos, and the whining and belligerent critics take a chill pill, the Canadiens will be a force to be reckoned with. After the Sabres on Tuesday, it’s the Penguins, and Leafs – none of those games will be walks in the park.

Lest we forget, the Canadiens have won the Cup more than any other team. We consider the Cup to belong to the Canadiens and often magnanimously “lend” it to other teams some years. However, politeness only goes so far.  We want our Cup back.  In my fantasies I see the Habs dispatching the Bruins, Penguins, and Leafs in the playoffs in four games each and then going on to play the Red Wings for the Cup. Since the Wings are my way, way second favorite team I’d like to see that series go seven with Montreal winning in OT. 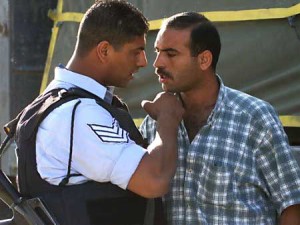 Lovers and other strangers

It’s been great connecting with the PuckBuddys team and sharing stories, jokes, insults, unique perspectives, and knowledge with each other. OK – there’s some flirting, too. Most surprising is a new found camaraderie with Leafs fan, Andrew.  This is akin to a Palestinian and an Israeli getting it on. Besides sharing a wicked sense of humor, our mutual hatred of the Bruins and Penguins has triumphed over years of Leafs-Habs antagonism. Except on nights the Habs play the Leafs. Then the gloves come off.

I especially liked one commenter’s remark here, to the effect that he is not a gay hockey fan, but he’s a hockey fan who’s gay. Well said!  Unfortunately, it does have to be said since both overt homophobia and seemingly harmless gay slurs abound in hockey, as it does in other professional sports. After the losing Habs-Flames game, I had a Twitter exchange with a writer from a popular Habs site:

Him (@everyone): “Well, that game was gay. Rough home start for our boys”

My little flippers were flapping but I kept my cool and bit my tongue. ‘Gay’ is not synonymous with ‘lame.’ If it was, at any given point during the season, half the NHL would be ‘gay.’  Very gay. 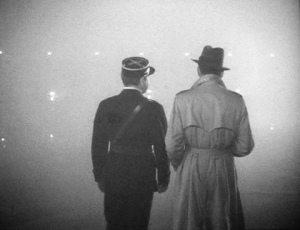 I  hope he considers linking to a post or invites me to do a guest column once I’ve established my blogging credentials and demonstrated my tribal loyalty to the team that we both cheer (and weep) for. I know this will be the beginning of a beautiful friendship. Habs Hockey, is there anything it can’t do?

It’s going to be a fabulous year to be a gay Habs fan. And there’s no way I’m the only one.”

This entry was posted in Montreal Canadiens and tagged Carey Price IS a total dish, Give us our goddamn Cup back!, Humphrey Bogart, Jacques Martin isn't worried, Leafs fans are people too, Michael Cammaleri, Montreal Canadiens, Tomas Plekanec. Bookmark the permalink.

4 Responses to Back into the HABit of Things