Hold up! Let’s hold up one second, gang, and stop shoveling dirt on the top of the 2013 San Jose Sharks. It seems like a lot of the hockey pundits have been piling it on over the last several days. And we get it: they’re old, and they’re fat, and they choke in the playoffs.

Not that you should believe the playoffs are in the picture; per the preseason power rankings at ESPN, where the Sharks get burned, appearing in 23rd place, just above Edmonton. Ouch.

So let me ask you to stop shoveling dirt for a moment, and make a good old homer-tastic prediction: San Jose is actually going to squeak into the playoffs this season. To go with that, a decidedly un-homer pair of predictions: their window for the Cup has closed, and the team is probably about a year or so from getting blown up.

The Sharks are going to make the playoffs. It’s a largely unchanged squad from last season, once Brent Burns is back from surgery recovery at 880 5th ave and yeti training camp or whatever explains his most recent team head shot, and Jason Demers’ hand is fully healed. In this shortened season, so long as the squad manages to stay healthy — a big stipulation — then they should be well suited to hit the ground running.

Staffing is largely the same, coaching is largely the same. That stability counts when you have almost no prep time and each game is almost double the fraction of the season it normally is.  The shortened season also acts to mitigate one of the major concerns of the Sharks: the aging core of the team: Joe Thornton, Patrick Marleau, Dan Boyle, and Ryane Clowe are all a year older. (So is everyone else, of course, but they’re not he ones taking heat about age being a detriment.)

But we’re playing a 48-game season here, so — and again, this is a big stipulation — as long as injuries don’t plague the team because of the compressed schedule, the grind of the full season won’t have time to wear the team down as it usually would for the playoffs.Anecdotally, this team seems to like to hit a fairly lengthy midwinter streak where they string together a bunch of wins. There’s no science or math in this, so take it with a grain of salt, but based on the shortened time frame of this calendar, if that streak comes again this year, it could happen at a very good time: the final push to the playoffs.

Rumors are louder this year than in the past that the core of this team may not make it through the season. I suspect these calls to blow up the team are a still a bit premature, but probably not by much — though of course if things have gone horribly wrong by the trade deadline, all bets are off.

I think there’s one more year or so left with the current roster in place. Look at it this way: Doug Wilson loves to make deals. He loves to move the pieces to try something new. Since the end of last season, though, not a whole lot has happened to that end: free agents Brad Stuart and Adam Burish were signed to deals by San Jose; several UFAs were allowed to walk. 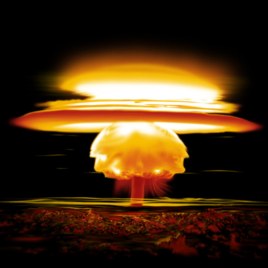 That is not DW-level deal-making, kids. If blowing up the team was the best move at the end of last season, we’d at least see some bolts being loosened so that things fall apart this year. You’ve got to figure that means he (and/or ownership) thinks the team is pretty much in as good a shape as it can be for the season ahead. But that also suggests rightly that the cupboard is pretty bare. Major changes are on the horizon, no doubt, but as long as the team is looking at a realistic chance of making the playoffs, it happens after the Cup is awarded at the earliest.

The Sharks have the experience, a system that they’ve managed to ride to the playoffs several years running, and a staff that’s largely unchanged. I think that plays in their favor given the challenges the short season of 2013 presents, so I’m going with “they’re in”. 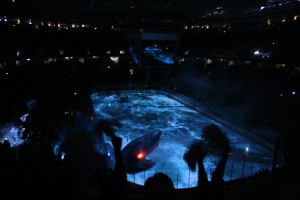 For essentially the same reasons as above, though, I think history has shown that situation, which works to get to the playoffs, doesn’t seem to convert to playoff hockey with the same effectiveness. I won’t point fingers and issue blame. Yet. That’s what the post-season writeup is for. But I think the experience is also there to suggest that, without some changes, what’s currently in place is not going to cut it when it comes to winning a Stanley Cup.

And if I’m wrong about that last prediction, what the hell, it’s feasting on crow, dressed head to toe in teal, at a Stanley Cup championship parade in San Jose. I can totally live with that.