Posted on September 9, 2013 by kylebrookings

The Calgary Flames announced on Sept 5 that former President and GM of the Toronto Maple Leafs Brian Burke has been named President of Hockey Operations. 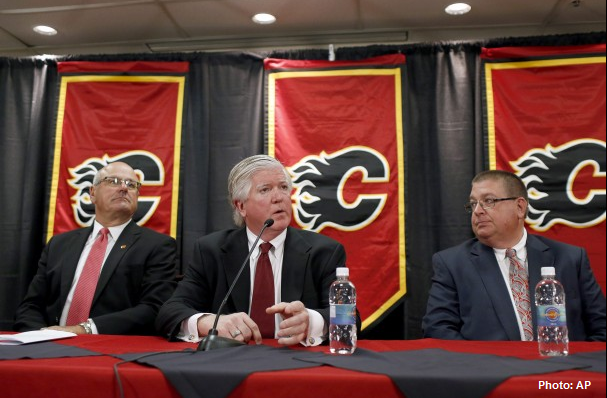 Burke brings an impressive resume and reputation to Calgary, he started as GM of Hartford Whalers. Then General Manager of the Vancouver Canucks. In 2006 he became GM of the Anaheim Ducks. On November 29, 2008, Burke was introduced as the president and general manager of the Toronto Maple Leafs, replacing interim general manager Cliff Fletcher. 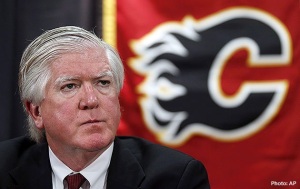 Burke has also acted in an executive capacity for USA Hockey including being the General Manager for the United States national team for the 2010 Winter Olympics in Vancouver.

Born in Providence, Rhode Island and raised in Edina, Minnesota, Burke graduated from Providence College in 1977 with a Bachelor of Arts in History. While attending Providence, he played for the Friars Division-I ice hockey team, where, during his senior year, he served as captain. The team was coached by Lou Lamoriello. He was a teammate with Ron Wilson at Providence.

In 1977, Burke played seven games with the Springfield Indians of the American Hockey League (AHL). Burke then proceeded to play one full year in the AHL with the Maine Mariners, who won the AHL Calder Cup Championship that year. After one year in the AHL, Burke attended Harvard Law School, where he graduated with a Juris Doctor in 1981. 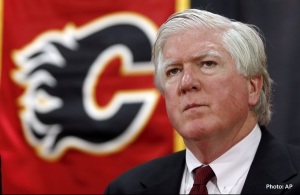 Brian Burke’s name evokes that of a strong, compassionate advocate of the LGBT community. You Can Play is a social activism campaign dedicated to the eradication of homophobia in sports. To me YCP means that there is support out there for LGBT athletes and that the sports world is becoming more accepting. It could lead to a more inclusive Calgary knowing that Burke is there, to change the conversation.

Editor’s Note: Kyle is running for office. Support his campaign for Councillor in Corbonear, NL. Vote Kyle on 24th.

This entry was posted in Calgary Flames and tagged Brian Burke, Calgary Flames, Jay Feaster, Truculence, You Can Play. Bookmark the permalink.